It is like an arena theatre – where everyone can see everything from all sides. We just close our eyes to what others have in mind. It’s easier. And we put it all on the side, for later. Like the leftovers of your dinner that you ask the waiter to pack you for home. And then you go home, and put it in the fridge, and forget that it’s there because you are eating in a different restaurant the next day. And you find the leftovers months later, when they are already rotten, and you throw them in the bin, because you are disgusted by the look and smell. That is the truth. That’s what we do to the truth. And even if you are not doing so, it wouldn’t matter. Even if you take the truth and hug it, and kiss it goodnight every night, it wouldn’t matter. It would kill you. It would take out its little dagger and scratch pieces out of your face every night when you are asleep until one day you wake up and you just don’t look the same anymore. Because you’ve accepted too much.

So, my first poetry collection is coming to life. This is for all the sufferings and calamities of personality that I have seen for my 20 years on our beloved Planet Earth.

It is available to purchase from Janus Publishing website, I attach the link below. I also want to thank endlessly Janus for the patience and help.

The collection will appear on amazon on the 24th of August 2015.

If you find my words compelling, let your attention stay fit. I am preparing a second collection in those unfair times of ours. 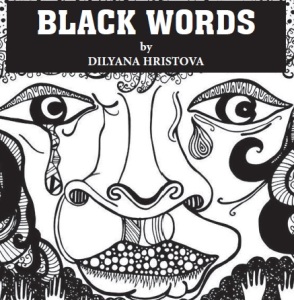 The Spirit of Revolt appears in Issue V of the amazing Grind. You can check it out here:

It’s not really about the ground or the neutral state of consciousness of the mob. In any case many people spend most of their lives thinking about nothing in particular and talking about the same. Many people spend most of their lives imitating love and ignoring the same. Trading love for attention or need and chasing away the same. Care and attention wear the mask of love just like beauty wears the mask of wreck. Love is above. Don’t dirty it with casual words, or imitated feelings and actions. Love is above, don’t lower it to complications. Love is simple.

He, in particular, was always talking about some truths that I had not yet discovered, about some things that it would take me months to realize. Sometimes I was thinking that even he didn’t realize what was he doing. It was just so natural for him to spread truth around.

He, particularly, designed his words with the purest of fire. No matter right or wrong, they were pure. My poetry started loosing its meaning and that was a perfect sign for me of my existential collapse. He could not be compared to anything I ever needed to beware. I was ready to give him every piece of my share, just wanted him to meet me there – where every sound was heard loudly and every word spoken bravely.

I tried evoking love to come to him. He was empty though. Empty but not in the ordinary sense of emptiness. He was empty like a hollow guitar that resonated every sound, he resonated every truth, every sense. So I became part of him, of his insights. Wholeness. Now, we just needed to entail love in that space of ours.

I was mad at that, furious at those people. I wanted his hollowness to be filled with the sounds of love.